When Prophet Mohammed (SAW) was spreading the message of Islam, he sent letters to the leaders of various places to invite them to believe.

One letter was sent to the Christians of Najran. Due to this letter, the leaders of the Church in Najran decided to send a group of the wisest people to question the Prophet about Islam.

When they talked to the Prophet (SAW), they argued, and they were not convinced. The Prophet (SAW) challenged them to a “Mubahila,” based on this revelation from Allah:

“And whoever argues with you in this matter after what has come to you of knowledge, then say, ‘Come, let us call our sons and your sons and our women and your women and ourselves and yourselves, then let us humbly pray (to our Lord) and invoke the curse of Allah upon the liars.’” (Surah Ale Imran, Verse 61)

They agreed to meet the next day.

When the Christians of Najran saw these shining faces, they were in awe, and realized that they would be destroyed. Their leader said, “”By God, I am seeing such faces that if they were to pray to God to move the mountain, God Almighty would move the mountain for them. Oh you people of Najran, if you contest with Muhammad in this prayer of invoking curses on the liars, then I warn you that all of you will be destroyed and not a single soul will remain on this earth. I feel that it would be better to surrender to them and obey them.”

Thus, they decided to back down, and instead they agreed to a treaty in which they accepted a few conditions. In return, they received the protection of Allah (SWT) and Prophet Mohammed (SAW) for their lives, religion, lands, and property.

On Eid-e-Mubahila, the 24th of ZilHajj, we celebrate this event.

FUN FACT: After this event, Imam Ali (AS) was known as “The Soul of the Prophet.” 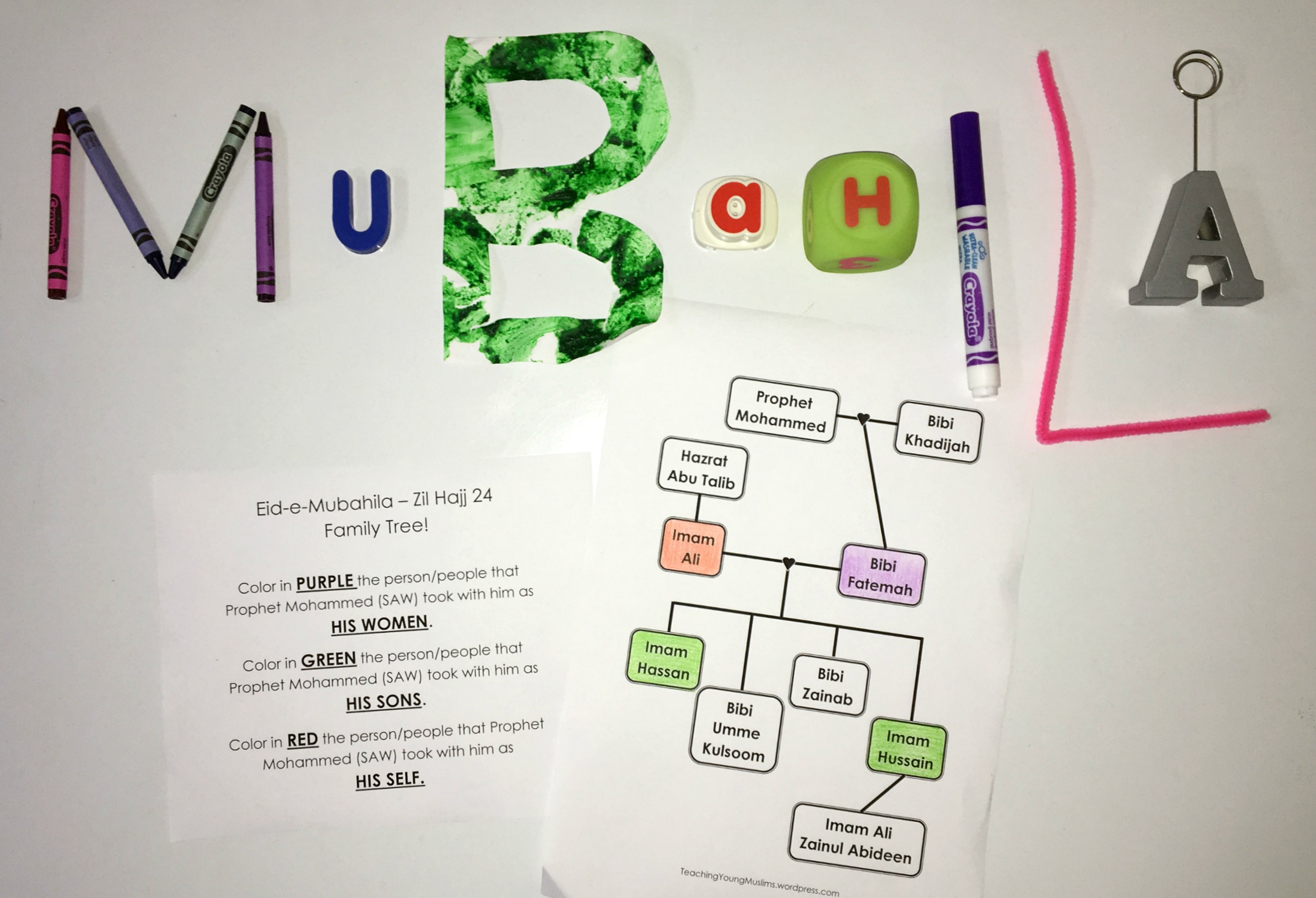