After Imam Zainul Abideen (AS), Bibi Zainab (SA), and all the ladies and children that had been held captive were released, they held a majlis to mourn Imam Hussain (AS) and to tell the people about the injustices of Karbala.  Ever since, the Aimmah (AS) have encouraged the establishment of regular majlis to remember keep the message of Imam Hussain (AS) alive for us.

As we approach Chehlum and the end of the months of mourning, it is a good time to reflect on all the majlis we attended this year. I truly believe that the institution of majlis is miraculous. It never ceases to amaze me that by attending a majlis, we ALWAYS without a doubt learn something new, find the answer to questions that we have been wondering, or find a new way to look at something we already knew. 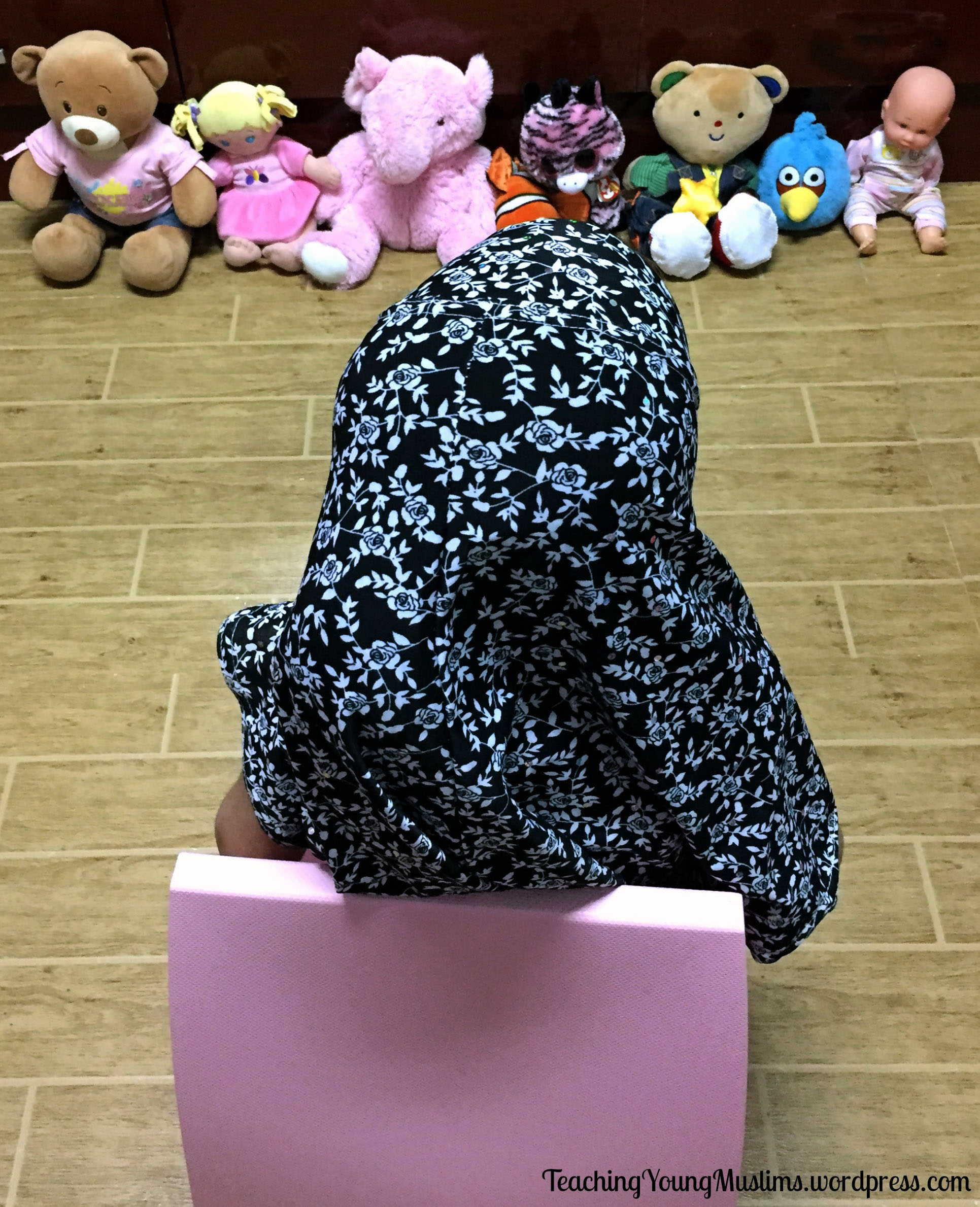 Have a majlis with their toys. See what their brains have absorbed while attending the majlis. To them, what is a majlis? What are the parts of the majlis? Starting with the recitation of the Holy Quran at the beginning to the Nohay at the end, go through all the parts of the majlis they’ve experienced and have them reenact that with their toys. I’m sure many kids might be doing this on their own already, but if not, this is a good time to introduce them to this idea and see where they go with it.