On Rabiul Awwal 1, the Holy Prophet (SAW) left Makkah to migrate to Madinah to escape persecution by the disbelievers in Makkah. After he left Makkah, he knew that the Quraish would be tracking him. In order to avoid being found, he took refuge in the cave of Thaur, on the way to Madinah.

When the Quraish tracked the footprints of the Holy Prophet (SAW) to the cave that he was hiding in, they saw that a spider had built its web and a bird had laid its eggs at the entrance to the cave. They realized that if the Prophet (SAW) was actually hiding here, then the web and the nest with eggs could not be there. These animals would not have built their homes there if someone was inside, and if the web had already been there, it would have been broken if someone had entered. Thus, Allah (SWT) miraculously protected His messenger, through the spider web and nest, and the Quraish left without looking inside the cave.

Activity: Making a Spiderweb in a Doorway

Use the masking tape to make a web- crisscross the tape across the doorway until you have a web. My daughter enjoyed poking her head through the holes in the web to point out the big holes that I still need to tape across. 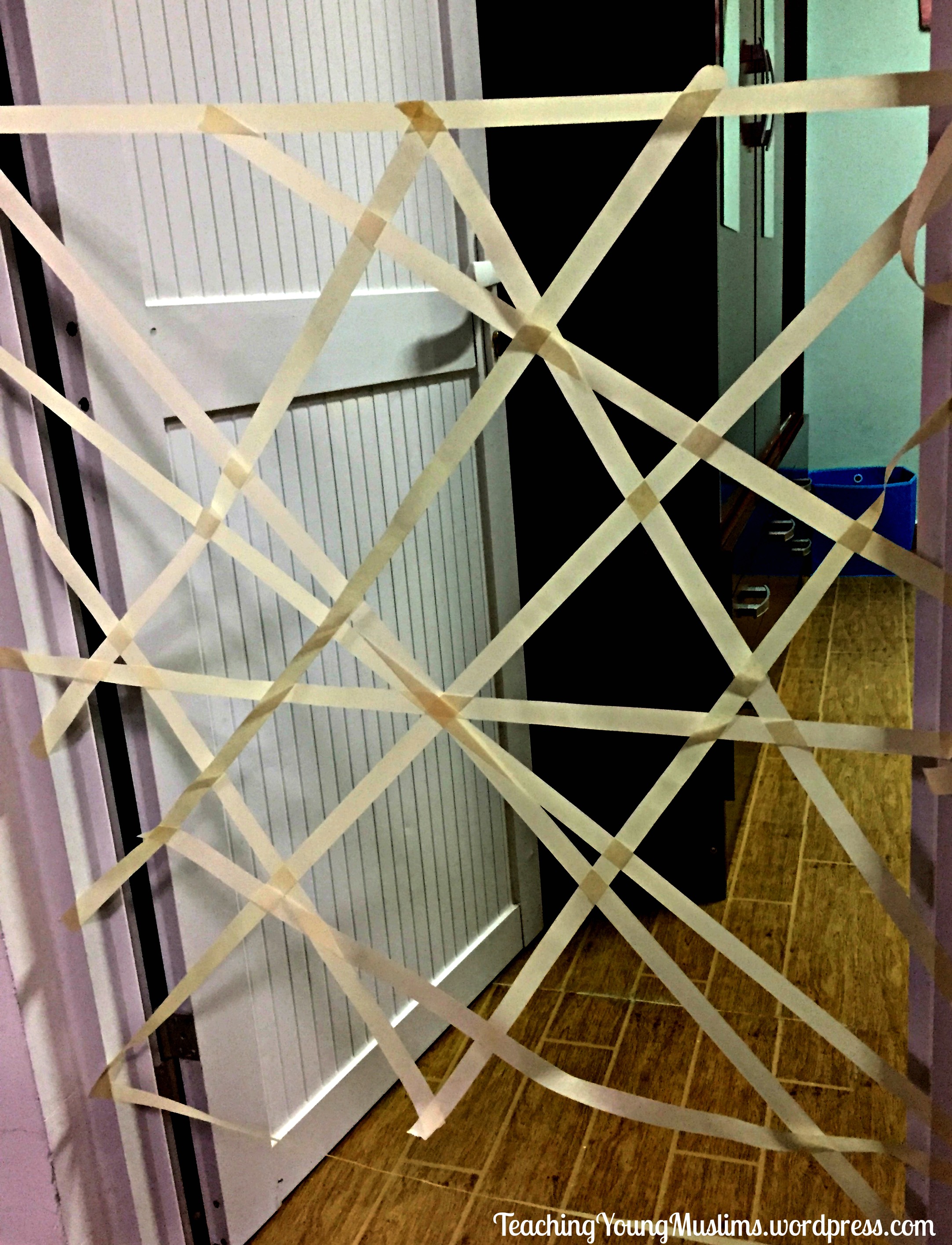 After the spider web is made, have a discussion. If we wanted to go through the doorway that has a spider web, the web would break. There is no way to cross without breaking the web. When the Quraish encountered the web, they realized that there was no way that the Prophet (SAW) was inside the cave, because if he had entered the cave, the web would have broken. This is how the web of the spider was a miracle to protect Prophet Mohammed (SAW) when he was hiding inside.

Also, a bonus science lesson: since the web is sticky on one side and not, I added an explanation about how a spider’s web is sticky to catch flies, but the spiders know how to walk on it without getting stuck because they know where the web is not sticky.

One thought on “Hijrat to Madinah – Spider Web”