Allah is very Powerful. One of this Powers is that if He wants something, all he has to say is “Be,” and it happens. To discuss this, we pulled out our PlayDoh.

My daughter’s current favorite nasheed is “Allah Made Everything” by Zain Bhikha.

To make our Earth, we decided to use PlayDoh.

We started with blue, and made as big a ball as we could.

For the continents, we used pink. We just made shapes that vaaaaguely resembled continents and smoothed them on the surface of the blue ball. 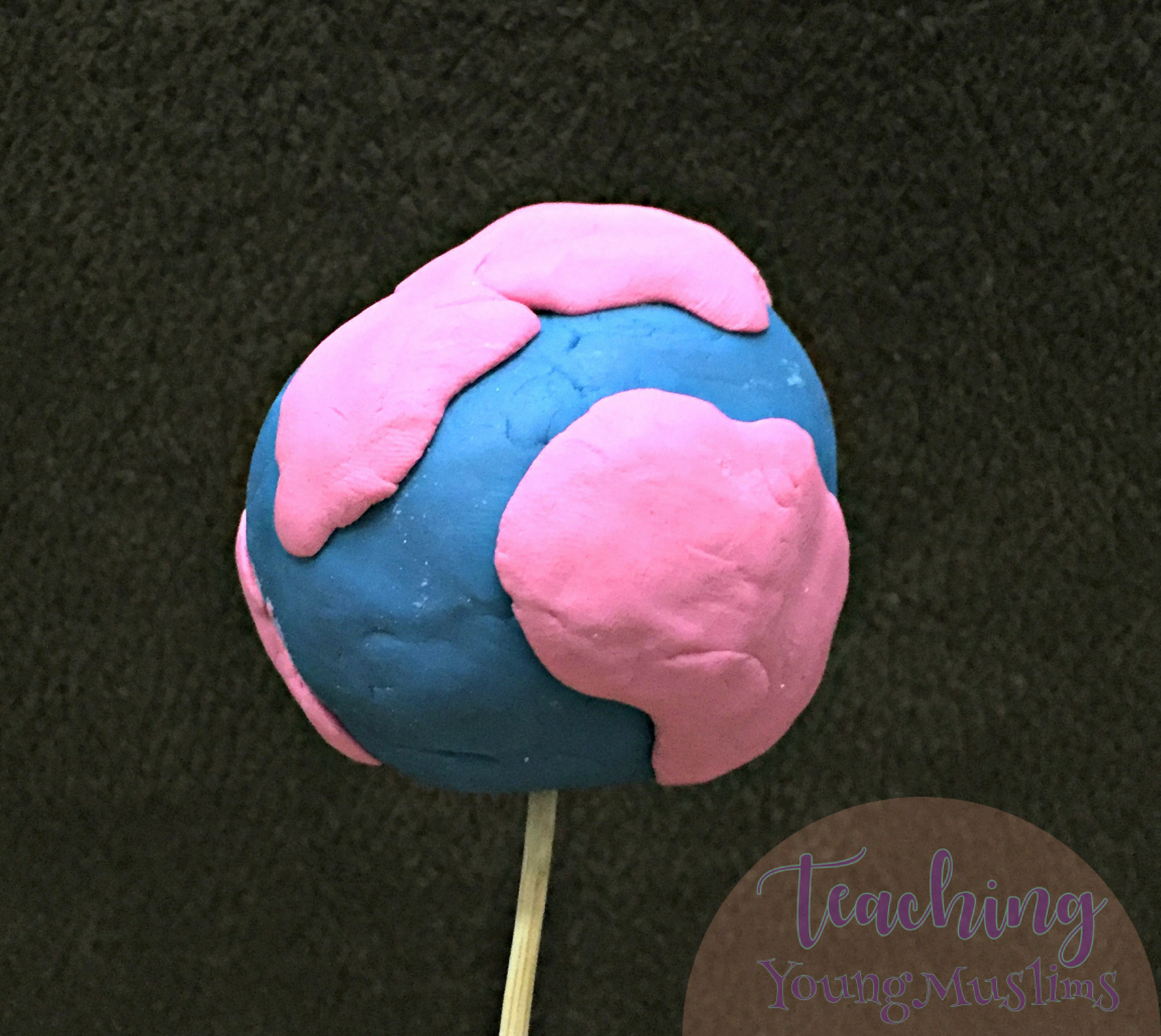 After we finished, we discussed how we built our Earth. We had to go step by step and work hard to make our Earth the way we wanted it. We had to squeeze and roll and pinch and flatten and squeeze some more before we were finished. We talked about how long it took to build our Earth.

Allah (SWT) built the Earth, but He did not have to squeeze and roll and pinch and flatten it. All He had to do was say “Be,” and it was. That is one of His Powers.

Are you feeling inspired? Let me know!

If you don’t want to miss out on any future posts – subscribe to receive all posts by email on the side! You can also like my page on facebook and instagram. All the links are on the side!

I just remembered this nasheed from my childhood that would go really well with this too!! <3

This error message is only visible to WordPress admins