In the Holy Quran (3:123-124), Allah (SWT) tells us that He sent down 3,000 angels to assist the Muslims in the Battle of Badr. Thus, the faithful were able to overcome insurmountable odds to lead them to this victory.

This teaches us that no matter how daunting the odds may seem, if we are with Allah (SWT) and Allah (SWT) is with us, we can overcome anything. 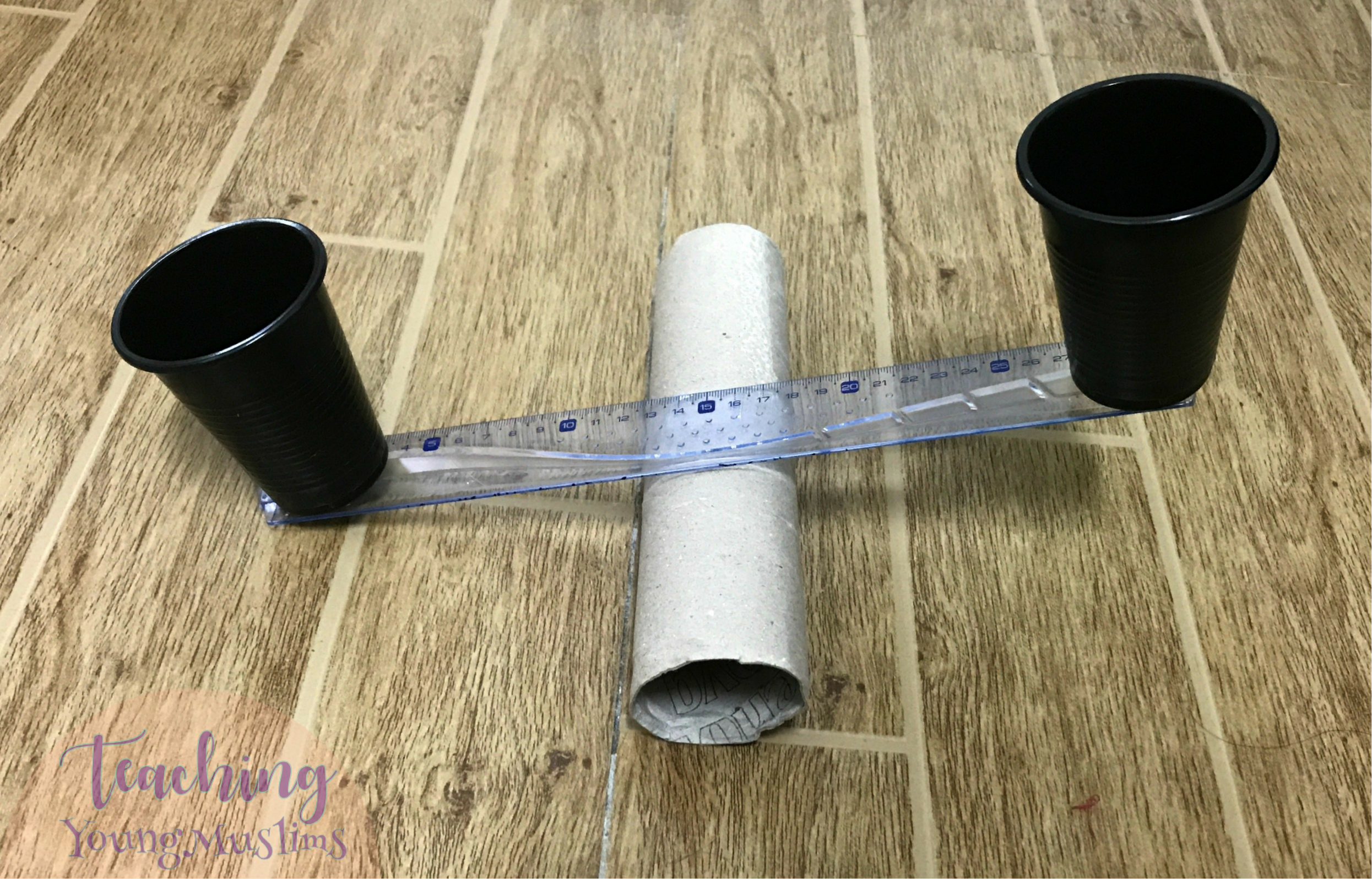 To illustrate this, I decided to build a scale. I taped together an empty paper tower roll, a ruler, and two plastic cups, as pictured. To start, put something light in one cup to represent the small Muslim army. Then, on the other side, put to represent the large Makkan army. Obviously, the scale will tip to the side of the Makkan army. However, the Muslims had something that the Makkans did not have – their faith and prayers. To represent the power of that, use something super-heavy, and as soon as we added that vital ingredient, the scales tipped to favor the Muslim army.

If you can’t think of what to add, here are some ideas: rocks, magnets, toy cars, any little toys, dry rice (or any other similar dry food).

If you enjoyed this post and want to make sure you don’t miss out on any future posts, subscribe to receive all posts by email on the side! You can also like my page on Facebook and Instagram. All the links are on the side!