As we approach the month of Rajab, we will be starting our focus on Imam Ali (AS).

One of the most visual titles of Imam Ali (AS) is Asadullah, which means the Lion of God.

To introduce this, I first started with a lion. Kids typically have some familiarity with lions, so I asked my daughter to list everything that she knew about lions. She talked about how lions roar really loudly, and are orange and furry. After that, I guided her into coming up with personality traits. She couldn’t come up with much, so I gave her choices of two opposing traits, and she chose which ones she thought worked, like “brave” vs. “scared” and “strong” vs. “weak,” using lions from movies we’ve seen as examples.

This is the list that we came up with. 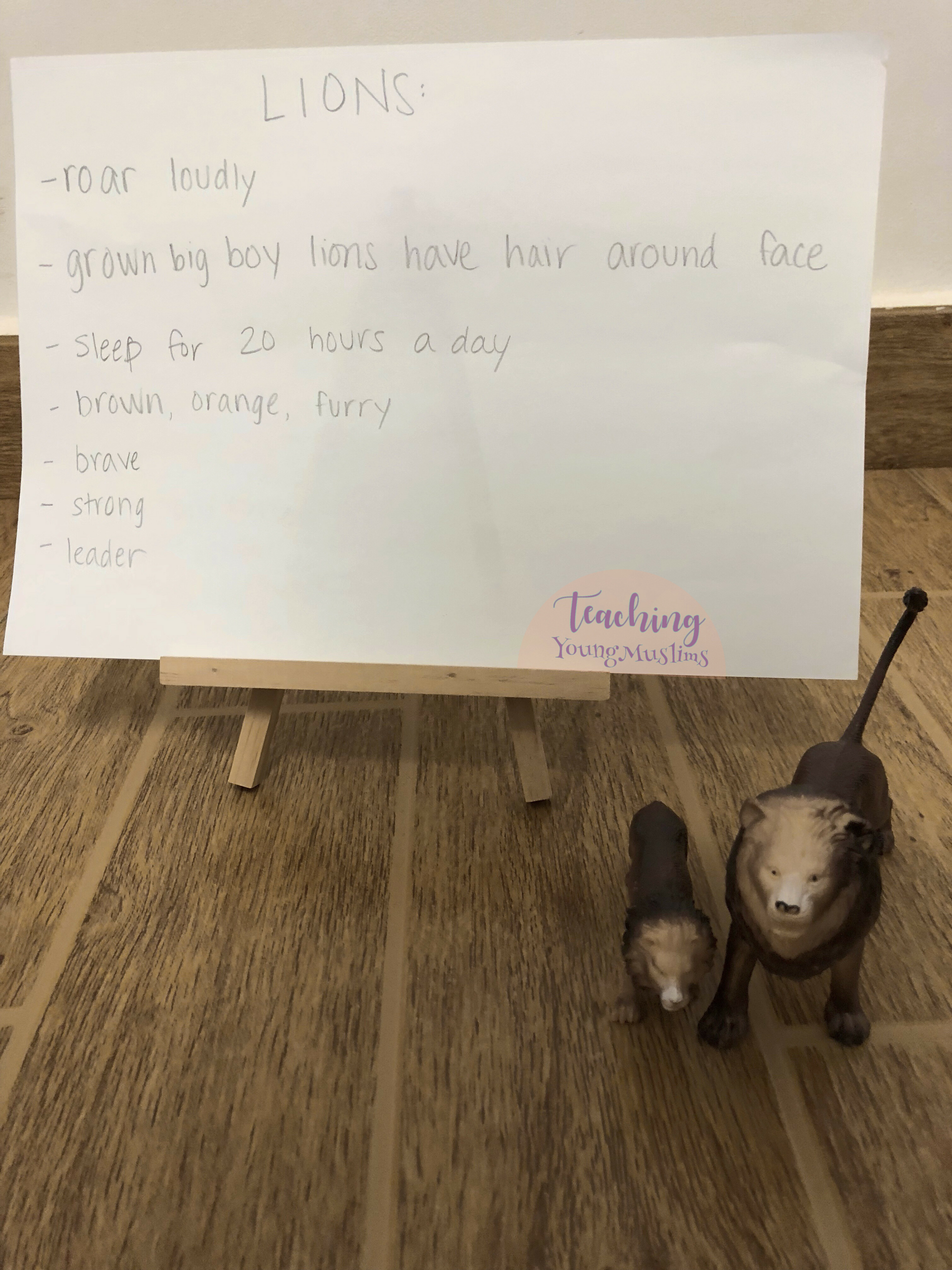 (I didn’t know that lions slept 20 hours a day! I learned something from my daughter.) 🙂

After that, we sounded out and spelled “Asad” in Arabic, similar to this, using our magnets, talking about how asad means lion. 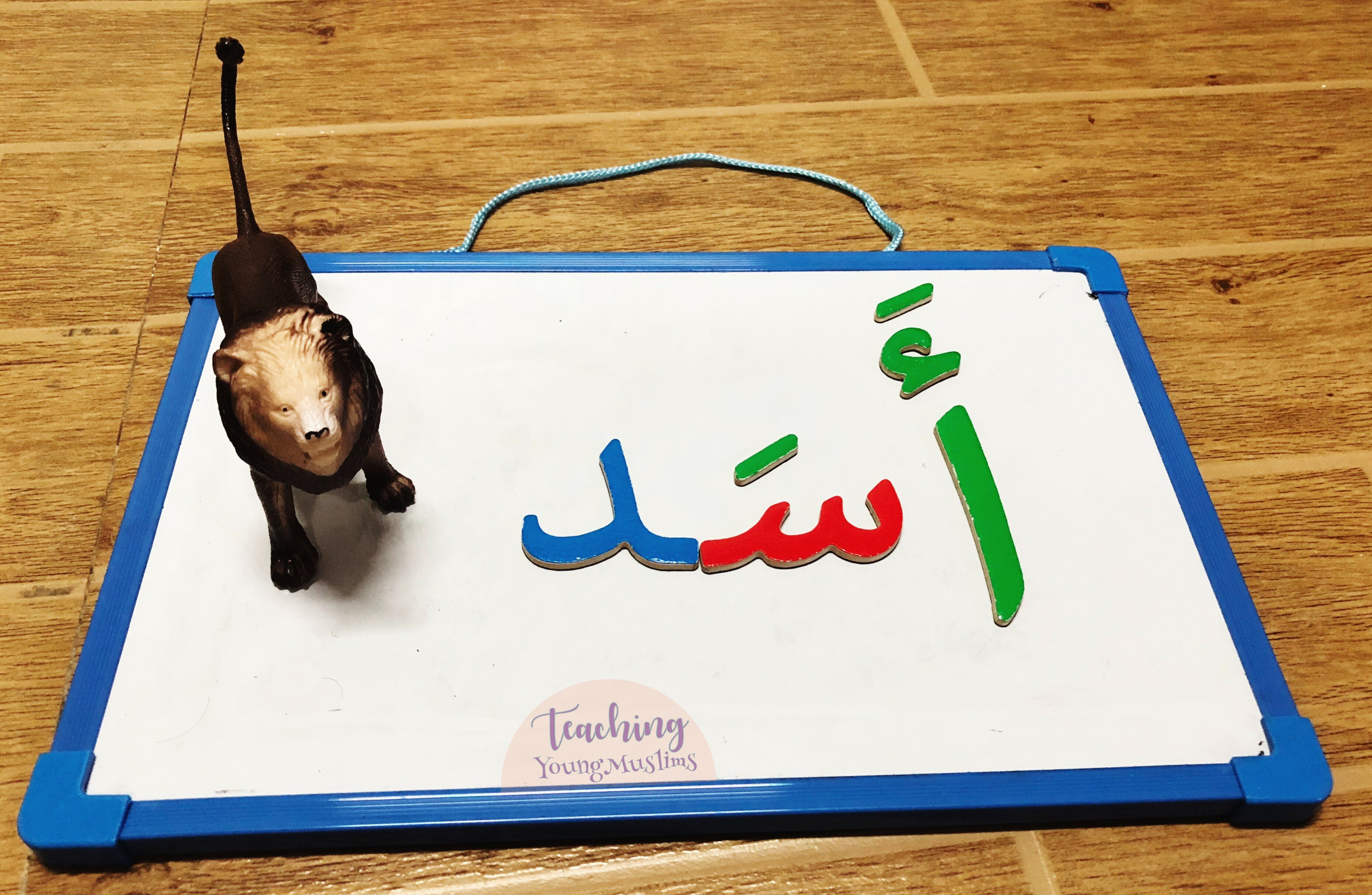 Then, I told my daughter that one of the titles of Imam Ali (AS) was Asadullah. We then started our discussion of what this title might mean – why is Imam Ali (AS) called the Lion of God? He’s not a lion – he’s a person, an Imam! Why would he be called a Lion? Which of the characteristics of a lion apply to Imam Ali (AS)? We circled the ones that we thought worked, and crossed out the ones that didn’t work, giggling through the silliness of imagining an orange roaring furry person.

(I told her to draw a “line” through the ones that didn’t work, but she heard “lion” LOL, hence the stick-figure lions on top of the words.) 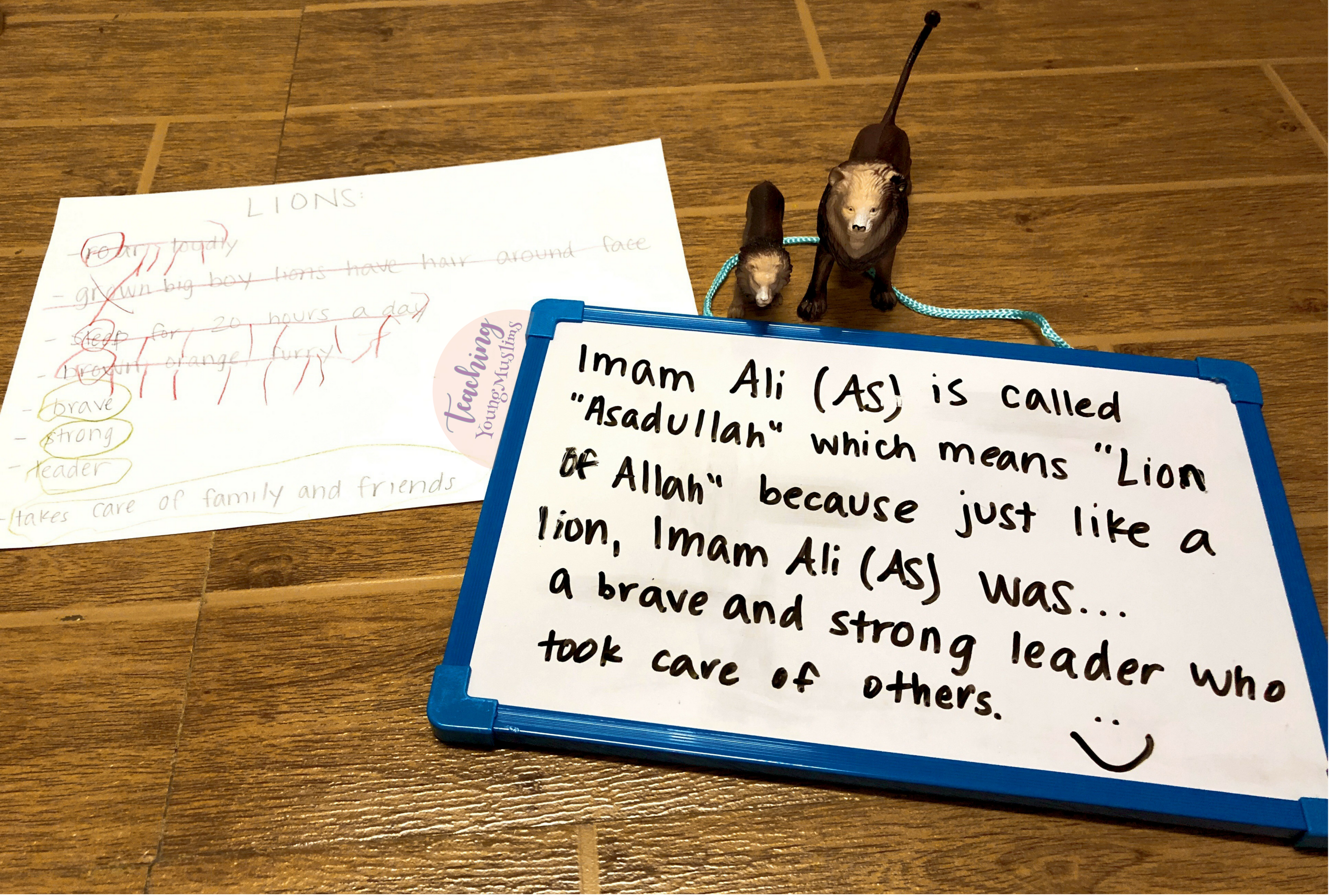 4 thoughts on “Lion of Allah”